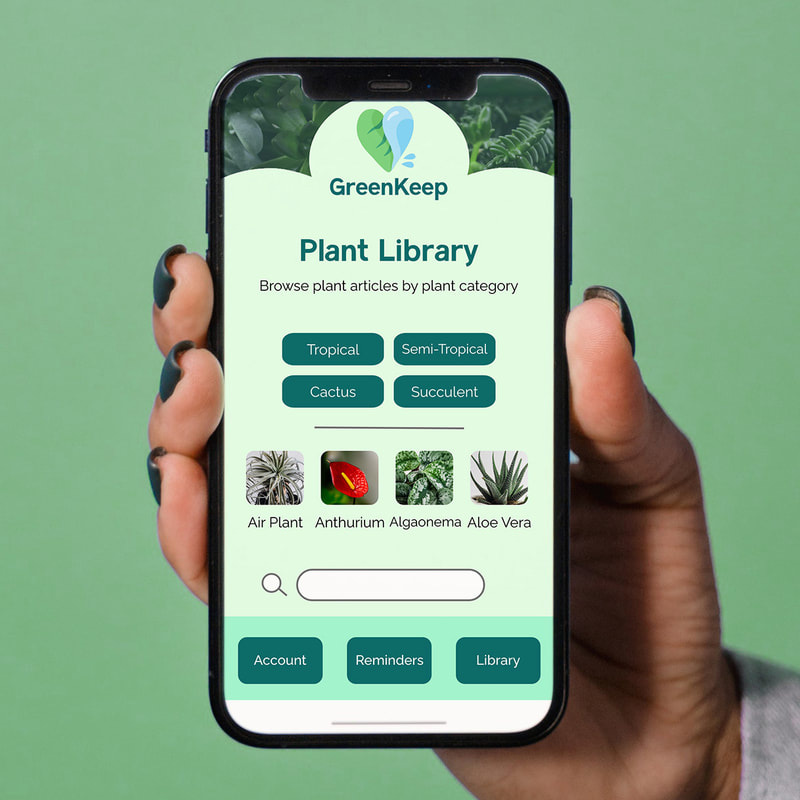 GreenKeep is a conceptual houseplant watering app that I created as an interactive prototype. As a UX Design project, the prototype for the GreenKeep app was created to remind users to water their houseplants.

Giving users options to set watering reminders for specific plants, create watering schedules, create plant profiles, and access an informational plant library, the GreenKeep app was designed to assist plant lovers in the goal of keeping their houseplants as happy and healthy as possible.

Look below to see the process I used to create this interactive app prototype, as well as other design assets I created for this app concept.

To begin the process of creating the prototype of this plant watering app, I brainstormed a list of possible name ideas for the app. To meet the goal of finding a name that reflected the purpose of the app, I selected the name GreenKeep as it embodies the idea of keeping houseplants as healthy as possible.

​Once the name was chosen, I then brainstormed logo design concepts for the app's branding by creating thumbnail sketches: eventually, I chose the 'heart and leaf' icon shown above, as it visually embodies the elements of plants, water, and care. 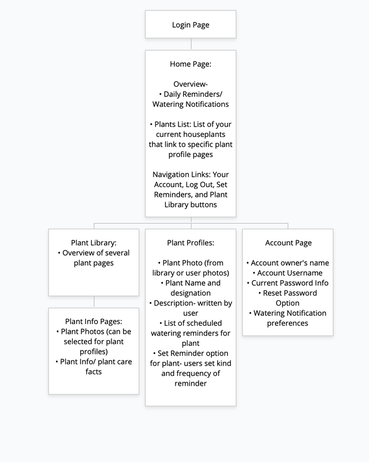 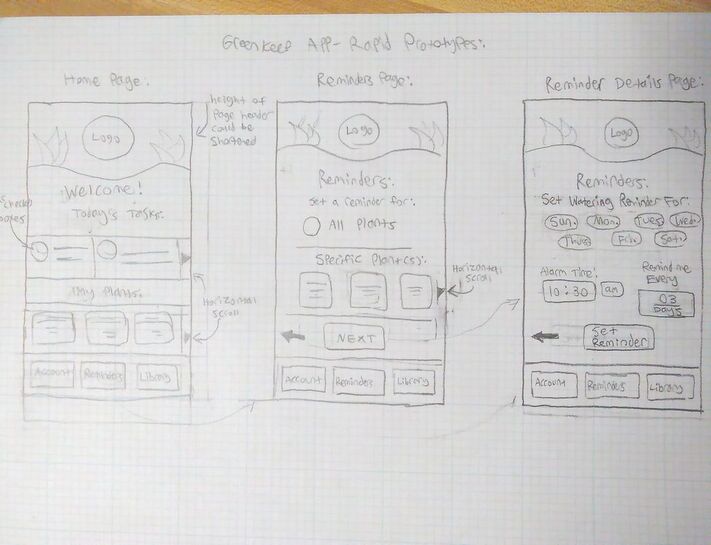 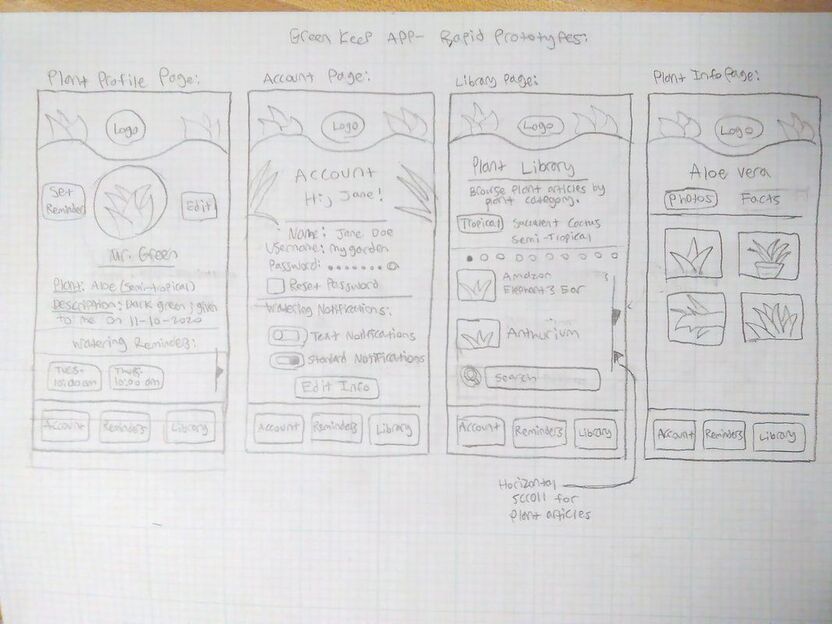 Next, I elaborated on the app's concept as a houseplant watering app by mapping out each of the screens and features that this app would contain. Using GlooMaps, I outlined each major screen for this app concept, as well as what content these screens would display. Ultimately, I referenced user personas to determine the content for each screen, to ensure that the content of the app aligns as closely as possible to the target audience's preferences.

After, I converted these screen outlines into rapid prototypes: I created sketches on paper to plan the layout and visual design of each screen, as well as the appearance of the app's features.  In this stage, navigations from screen to screen, methods of accessing screen content (such as clicking buttons and horizontal scrolling), and ease of locating relevant information were all considered to plan screen concepts that would make this app prototype easy and enjoyable to use.

When I completed the rapid prototype sketches of the app's screens, I translated these into a rough draft of the app prototype using Adobe XD. This early example of the app's screens combine the layouts and planned features from the previous sketches with visual elements (such as color palettes and photos) that complement the GreenKeep App branding.

To complete the final interactive prototype for the GreenKeep App, I updated the color scheme of the app screens to better fit the app's branding, and to more closely resemble the color of vibrant, healthy plants.

​Additionally, the visual design and placement of some features were updated to make this app prototype even more straightforward to use: for instance, I added a 'create account' button to the login page, and I updated the colors of the Watering Reminders buttons on the plant profile page to make them easier to find at a quick glance.
Next